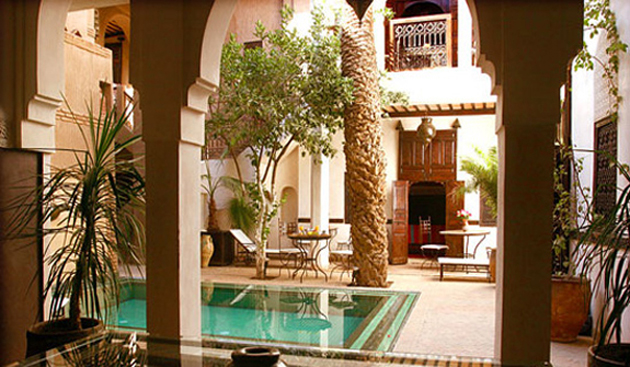 One of the most sought after accommodations in Marrakech is a Riad, a traditional Moroccan house situated in the Medina (old town). All riads have a central courtyard that will often have a fountain, restaurant or a pool. Some riads also have rooftop terraces where you can eat breakfast and look out over the city. For a comprehensive list of riads in Marrakech which include photos and prices contact us. Riads are not all expensive, check out the Favo list where you can stay in style but pay less than €100 for a double.

N.B: There are Riads in Marrakech that have made my Top Ten Places to Stay in Morocco, Ask for the list.

Marrakech has lots of luxury hotels available including the famous La Mamounia. There are also several popular chain hotels like the Le Meridien and Sofitel. These hotels are often housed in historic buildings and retain the Moroccan character and style. The most famous luxury hotel in Marrakech is La Mamounia which Winston Churchill described as “the most beautiful place in the world”.

Budget hotels are also plentiful and Bootsnall has a decent listing of hotels ranging from €45- €100 per night. Since many of the smaller budget hotels won’t have web sites or online booking f0cilities you should get a good guide book, like the Lonely Planet and follow their recommendations. Most budget accommodation is situated south of the Djemaa el Fna.

Marrakech is renowned for its riad accommodation – a handful of rooms fanning out from a central courtyard and often featuring traditional architectural details. Some of them are now boutique hotels, and many of them are opulent, grand affairs. It certainly pays to splash out and stay in a luxury riad, but you don’t always have to pay the earth for the privilege. Aside from riads, Marrakech boasts larger, well-known hotel brands as well as cheaper, budget stays.

The Marrakech hotels & riads have been grouped into three pricing categories:

N.B: These Marrakech hotel & riads rates are for a double room per night and include all taxes and breakfast unless otherwise stated. 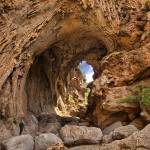 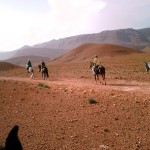